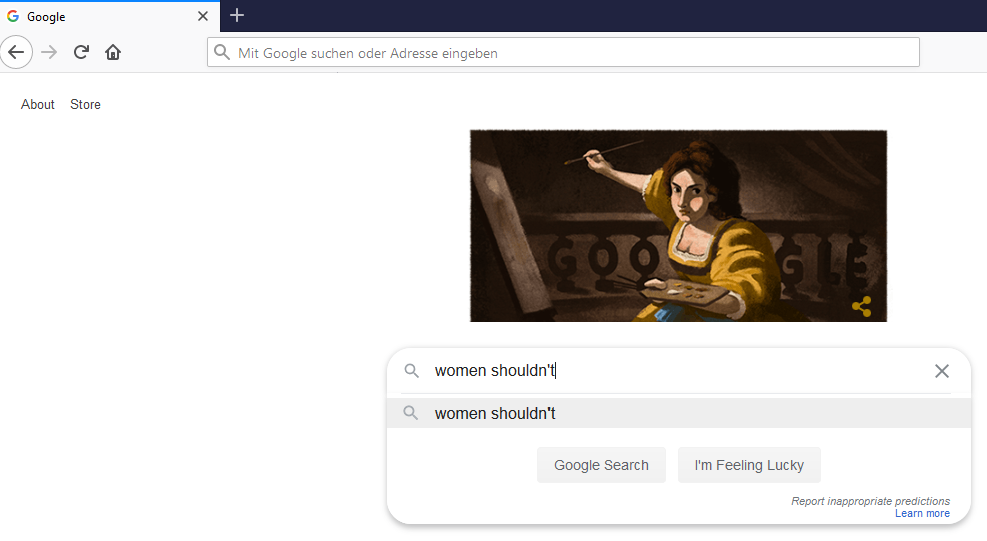 I recently participated in a discussion on LinkedIn about female leadership. As I am reflecting on what was said, I am amazed at how in this digital age the gender equality debate still revolves around basic issues, like working hours, family obligations, whether women dare to take up leadership roles or how they are seen in these roles, etc.

Artificial intelligence is not neutral!!!

A lot of trust (and money) is being placed in artificial intelligence (AI) as a future technology. It makes sense, given that AI has accelerated the development of digital business models. A common method in machine learning is the “nearest neighbor classifier” – it assesses similarity and difference between users to predict their behavior. It’s one thing when the technology suggests which music to listen to, or which clothes to buy (because people who are similar to us also like these), but it’s quite another if we rely on the technology to make decisions about humans.

A couple of years ago Reuters exposed an AI tool used by Amazon for recruiting, which was biased against female candidates. By learning that male candidates are more likely to be recruited (based on past data) Amazon’s system “taught itself” that they were preferable and started reproducing a gender-biased pattern.

I would be more than happy to see a recruitment tool which could replace some ridiculously badly written job announcements. But we have to be aware that AI is not a simple solution for that.

And not just private companies are affected. Public services are increasingly starting to rely on digital profiling tools to make decisions about social service provision. For instance, some employment agencies use such tools to predict one’s labor market disadvantage. In Europe, this used to be the job of case-workers.

The question is if AI can make better decisions?

If someone had been stigmatized for their job situation (for instance a mother on parental leave), the AI could “predict” a more difficult labor market reintegration, and thus perpetuate this stigmatization.

Thus, while AI may be a useful technology when it comes to improving our customer experience when shopping for music, clothes, etc., we need to be careful when it is used to assess people!

Homeoffice has never been discussed as much as in recent months. Due to the Corona-related recommendations regarding social distancing, many people had to work virtually from home.

However, home-office use has not been equally distributed among gender. This has to with the type of work: while men work mostly in production, women have administrative tasks that can more easily be done from home. But is also related to care work. Critics, therefore, point out rightly that the situation may adversely affect gender-equality, as it is especially hard for parents due to the closed schools and kindergartens and may contribute to re-traditionalization of gender roles at home.

But the positive aspects shouldn’t be ignored. The Corona-related situation extended the use of home-office in companies where this had previously not been an option. It’s better for women’s careers to work from home as opposed to not work at all (meaning to not officially be within the labor market and fully opt for care-work at home instead). So, if more companies accept remote work as “normal”, also more men would make use of home-office more frequently.

It would, therefore, be good if these commitments extended beyond the crisis and a proper legal framework could level the playing field.

In my blog on ethical decisions in the digital world, I contend how important it is to have an understanding of new technologies: the basic meaning of their terms and the consequences of their use. The study D21-Digital-Index shows that there are differences between male and female participants to the disadvantage of women. This is not limited to terminology but extends to the assessment of competence. In all age groups, the digital literacy index is 7 to 9 points lower for women than for men. This may be a result of how the competence index is composed or related to the fact that men overestimate their digital competencies while women underestimate them. Technical orientation is also known to be attributed to men. Albeit not an innate ability.

Some lesser-known facts perhaps are that during the 80ies the number of women studying computer science rose to 37%, but it has since declined to 18%. The decline is associated with the home-use of personal computers, which were almost exclusively marketed to men. Families were also more likely to buy computers for boys than girls. So, it becomes obvious that not technology but our created social prejudices have been hindering gender equality in the digital world.

But the question is not only how to get more women into computer science, but also how to include the female perspective in all aspects of digital transformation (not just in plain code writing).

In her Quick Guide Female Leadership (in German), Simone Burel writes about how digital communication channels “increasingly blur the classical mechanisms of conversation, exclusion experiences and thus also gender roles“. I believe it is an approach worth investigating.

Have you noticed how online meetings follow a strict structure? It is harder to interrupt someone than it is in face-to-face meetings. Moderators pay extra attention for participants to comply with the speaking time. And even if you do not speak, it is still easier to get a word in the chat.

Women can benefit from such a digital communication culture.

So, does digitalization facilitate gender equality?

The answer is: not really!

Our social values are also transferred to the digital world.

It’s up to us to decide if we will use the new opportunities, such as remote work and the digital communication tools, to either perpetuate gender-bias or facilitate gender equality. 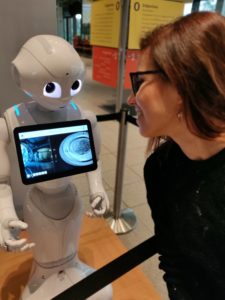